If you enjoy online gaming and new free spins, there is a real chance you will look for new games after some time. Instead of testing dozens of casino apps before you find the right one for you, we want to make your life easier, so you can get to play as soon as possible. Our experts went through and chose top 5 stunning slot machines available on your PC. 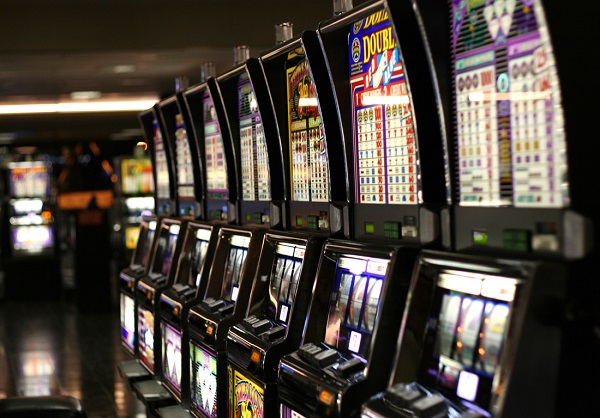 A massively popular slot from NetEnt, Gonzo’s Quest is loosely based on a real Spanish explorer who became shipwrecked off the coast of Mexico in 1511. Just like the real-life Gonzalo Guerrero, who ended up betraying the conquistadors and doing his own thing, our man Gonzo is in search of buried treasure.

The really nice thing about this slot game is the ‘cascade’ feature which allows the blocks to drop down when symbols and features are triggered. It brings a nice dimension to the game when the stone blocks thunder down upon each other to unleash some fantastic hidden bonuses. We also love to watch Gonzo running about, catching all the coins which rain down when a bonus is triggered. A top game to invest your time in we say.

You can’t fail to be impressed by both the comedy and cuteness factor here, which might just be why it’s such a popular slot game. Foxin’ Wins see you welcomed into the home of a very wealthy Mr. Fox who wants to help you win big. There’s some cheeky animations and sound effects in the game which help it to explode into joyful life on the screen.

When you trigger the scatter feature Mr Fox enters stage right with his massive pot of coins to shower you with riches. He’s there again on the WILD symbols to give you a friendly thumb up when you win big. All joyous stuff!

Another NetEnt classic, Starburst is as simple as it is elegant. This easy to play slot has become a staple offering of any online casino worth its salt and it’s easy to see why. The generous WILDS and innovative multiple winning lines have helped to make this slot a massive hit with gaming fanatics across the globe.
Hit 3 Starburst WILD symbols and you’ll trigger a massive win bonus. The symbols remain and the reels continue to spins as the prize pot fills up nicely. The Max Bet and Autoplay features are easy to use and very handy too.
All round, it’s the perfect easy to understand slot for anyone new to playing online casino games.

This brilliant slot from Microgaming harnesses the power of Thor’s Hammer to deliver an epic online casino gaming experience. You really feel like you are playing with the Gods on this one with all the flashy graphics and animations lighting up the screen as you spin away.
Look out for the Bonus Hammer symbol which acts as the scatter to deliver the goodies when 2 or more appear on the reels.
There are 3 god like bonus games to unlock as well, so there’s more than enough here in terms of features to keep you playing for quite a while. Combined with the mighty sound effects this slot really draws you in big time. We love the variations the game provides so it easily makes it into our list of the top 5 online slots!

We love a good movie tie in, well who doesn’t, and Jurassic Park certainly delivers a classic slot game tie in with style. The reels appear to float on the screen as the background gently scrolls across a jungle scene. This gives the unnerving feeling that a rogue dinosaur will burst out of the screen at any moment. We suppose it’s always good to be kept on your toes!
The reels feature images of the main characters and dinosaurs from the original movie which will bring those distant memories flooding back in no time. The awesome sounds of the reels thumping down accompanied by clips from the iconic soundtrack will really get you in a dinosaur hunting mood. All round a very entertaining slot!