Advances in technology have transformed the online gaming industry in recent years.

As companies embrace the new technology it’s been reported that growth of 10% per year and figures accounting for 40% of all gambling within three years are achievable.

Just take live casinos as an example which have quickly become one of the most popular features of casino sites, offering the thrill and interaction of a real casino with live dealers which mirror real-life events. 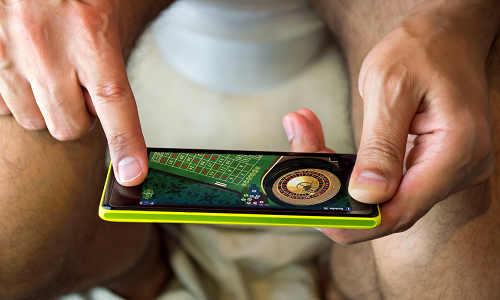 We take a look at four other possible future developments in the industry.

Rather than looking at a roulette wheel or card table on a screen, VR offers players the chance to transport themselves to dream destinations across the globe.

A VR-ready computer and a suitable headset enables the user to travel into a virtual space full of possibilities.

According to VR Fitness Insider it is even possible to look out of VR casino windows and observe the outside world in stunning detail.

With a real live environment, where the player can chat with both the dealer and other players, VR opens up a world of opportunities for the user.

Online gambling sites are following the lead of software and other online games sectors, allowing players to trial their product for free before making a commitment.

With an ever-increasing range of sites to choose from, brands are keen to gain a competitive edge by giving people the opportunity to play without spending any of their hard-earned cash.

eSports will continue to grow

It’s expected that the eSports industry will crash through the $1 billion revenue barrier in 2017.

More online gambling operators will include an eSports offering in their services, giving them access to new groups of customers.

Games such as Counterstrike and League of Legends have built huge followings in recent years, with players able to secure big wins and the genre attracting big live audiences.

Virtual sports such as horse racing, greyhounds and motor sports are already hugely popular and eSports seems sure to follow them in the near future.

The US set to join in the fun?

The biggest growth in the industry over the past few years has been in Europe, with Great Britain and Malta leading the way, but the US could soon be set to join the party.

There have been some laws aimed at stopping online gaming in the US, but that has changed in recent years, with the likes of California, Pennsylvania and Massachusetts amongst the states aiming to legalise the practice.

Land-based casino operators have argued they would lose revenue to the online gaming industry, but with Massachusetts currently in the process of developing two casino resorts it appears their worries are misplaced.