Millions of people will be crowded around TV Screens in pubs, club and houses around the world come 17:15 on Saturday in readiness for the usual 10 minutes of exhilarating excitement that is the Grand National.

Punters will have picked their horses in a variety of ways. Some will have stuck pins in their morning newspapers, whilst others will have picked out a name that has family ties, or simply jockey colours they like. One guy on TV this week even told ITV pundits he puts the names of all the runners in a bowl and lets his pet budgie pick them out. 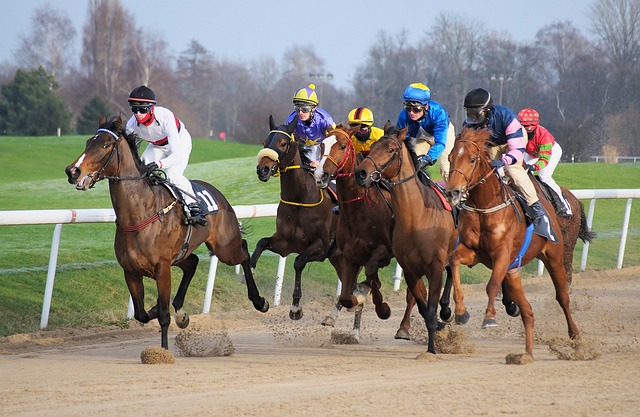 Of course, horse racing tipsters try and use stats and the form book to work out the winner. Though, as the first winner of the world’s most famous race was called Lottery, we all know we’re up against it.

However, there are plenty of Grand National trends that may prove more reliable when it comes to pinpointing the winner, certainly more so than closing your eyes and sticking a pin blindly into one of the names of the 40 runners in your morning newspaper.

Horses That Fit All Those Stats

8-year-old who has yet to prove his stamina and broke blood vessels on his previous run. Stable amongst the winners at Aintree this week and not ruled out.

Walk In The Mill

Originally a reserve but got in at the last moment. Pulled up when last seen on heavy ground and another whose stamina must be taken on trust having never raced at this sort of trip before.

Trainer knows how to win the Grand National having saddled Aurora’s Encore to success in 2013. His win in the Great North Yorkshire National also suggests he has a good chance of staying the trip and he has proven he handles soft ground.

9-year-old who has yet to tackle the Grand National fences but who can boast three victories at Aintree in his lightly-raced career. Like with so many horses, his stamina isn’t proven but he could bely his big-odds for a stable who went close to winning a big race on Thursday’s card.

Trained by Willie Mullins but didn’t suggest he was about to step up and win a Grand National when looking short of stamina in a race in a trial in Ireland. Can’t blame owner Rich Ricci for wanting a runner in the race though, but an unlikely winner.

Having the word red in his name may make him popular with the local Liverpool supporters. However, whether he’s got the class and stamina of the current Liverpool team remains to be seen. Tried the National fences over shorter and didn’t impress.

Victory for this season’s Classic Chase winner would bring the house down as it would be the first Grand National success for a female jockey with Bryony Frost jocked-up. He likes the ground and stays, so why not.

Has looked like he’s gone at the game in the last couple of seasons, which is a shame for a horse that has won a grade 1 chase and finished third in a Cheltenham Gold Cup. One thing in his favour is that the handicapper has given him a serious chance if he could find some form, but the gut-feeling is this will be his swansong.

Former Irish Grand National winner who was again aimed at that contest this year. Failed to complete there but runs for the same connections as the 2016 winner Rule The World.

I’m tempting fate but this one should probably be called Delusionofstamina as he looked a blatant non-stayer when upped to a slightly shorter trip than this at Musselburgh two starts ago. Doubtful winner.

If you look at the top of the Grand National field, it’s easy to be drawn in by horses that have already created a big impression this season. The likes of Becher Chase winner Blaklion, Cheltenham Gold Cup third Anibale Fly, and Ladbrokes Trophy winner Total Recall. However, the most recent winners hadn’t run in a previous renewal of the Grand National or run at the Cheltenham Festival prior to winning the race.

Those statistics may not stand up this year, but they are the strongest stats on offer, so it may pay to follow some of the 10 horses that fit those statistics.

Of those 10 horses, I Just Know looks to have been trained along similar lines to Sue Smith’s previous winner of the race Aurora’s Encore and, as he’s proven at a similar trip and on the ground, he looks just the sort of previously unheralded type that has won recent Grand Nationals.

Meanwhile, it would be a fantastic story if Milansbar could showcase the undoubted talents of Bryony Frost for whom horses seem to jump for fun. She’s already excelled on the likes of Frodon and Black Corton this season, and I think she’ll mighty close on this proven mud-lark who looks to have the reserves of stamina that could see him powering home when plenty of his rivals are running on empty.

I’ll also be risking some each-way money on Virgilio whom looks to have been targeted at the race all season. Like many, he has to prove that he stays and can jump the big fences, but he has at least already shown he likes the flat nature of the Aintree layout.