The Grand National at Aintree is one of the most eagerly anticipated horse races in the world.

This race has long been the ultimate endurance test as it represents a marathon journey in excess of four miles around the Merseyside track with some of the most punishing fences in racing.

Picking the winner of the Grand National is no easy task, but there are certain trends and stats that can help us narrow down the field of 40.

Last year’s winner, Many Clouds, is 8/1 to become the first horse since 1974 to win back-to-back Grand Nationals.

Among the dangers to his hopes, according to the Grand National odds when this article was produced, are Silviniaco Conti at 12/1, The Last Samuri at 12/1 and The Druids Nephew at 16/1.

Looking at some of the past trends for the race should allow us to shorten the list of potential winners and maybe even uncover the 2016 Grand National winner.

Many Clouds slightly bucked a trend in winning at eight, as the three horses that preceded him were all aged 11, while seven of the last ten Aintree heroes had already turned ten before winning.

Horses aged between nine and eleven have won 17 of the last 20 Grand Nationals.

Weight is another crucial guide for National betting. In an ideal world, the winner will carry less than 11st 5lbs in the race. 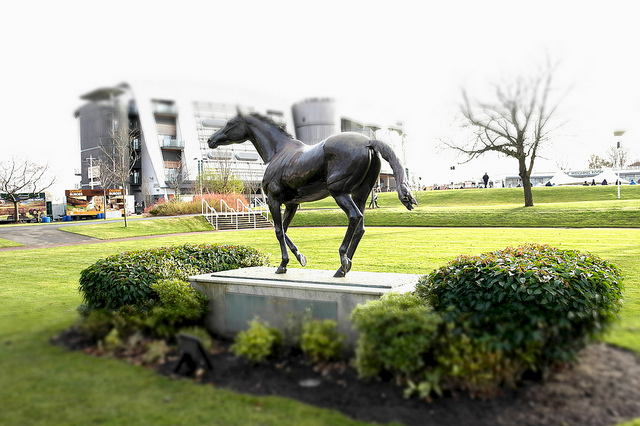 Since Red Rum completed his third victory in the race in 1977, only two horses have successfully carried more than this weight. They were the dramatic 2012 winner, Neptune Collonges (11st 6lbs), and Many Clouds (11st 9lbs).

While no race matches the stamina-sapping trip of the Grand National journey in excess of four miles, it is vital to seek out a horse with form at trips from three-miles and upwards.

To win the race, a horse has to dig in to reserves it may not even know it has but it is useful to know when a certain level of depth has already been proven.

In some cases, the best experience a horse can have is a previous run in the National.

Nothing prepares a horse more than having already tried and failed to land the race. In recent times Mon Mome, Silver Birch, Hedgehunter, Amberleigh House and Monty’s Pass have all won the Grand National having tried and failed in past.

The criteria outlined above would give a big nod to the likes Shutthefrontdoor, The Druids Nephew and Saint Are going to Aintree this year.

They have run before in the race, suggested that they may have enough stamina for the job and will now fall into the weight/age brackets deemed most likely to produce a Grand National winner by history.

Many Clouds carried more weight last year than any horse in the 41 years that went before and he will line up this time around with an extra 1lb on his back.

What a performance it will have to be for him to repeat the trick now.