Compared to paintings and photographs, some art unfortunately isn’t meant to last; which is usually the case with card stacking. However, despite their perceived difficulty, building the classic house of cards tower is a piece of cake compared to these eccentric, long-lasting sculptures. Check out some of the most astonishing house of card creations that seemingly defy the laws of physics:Disney Cinderella Castle: 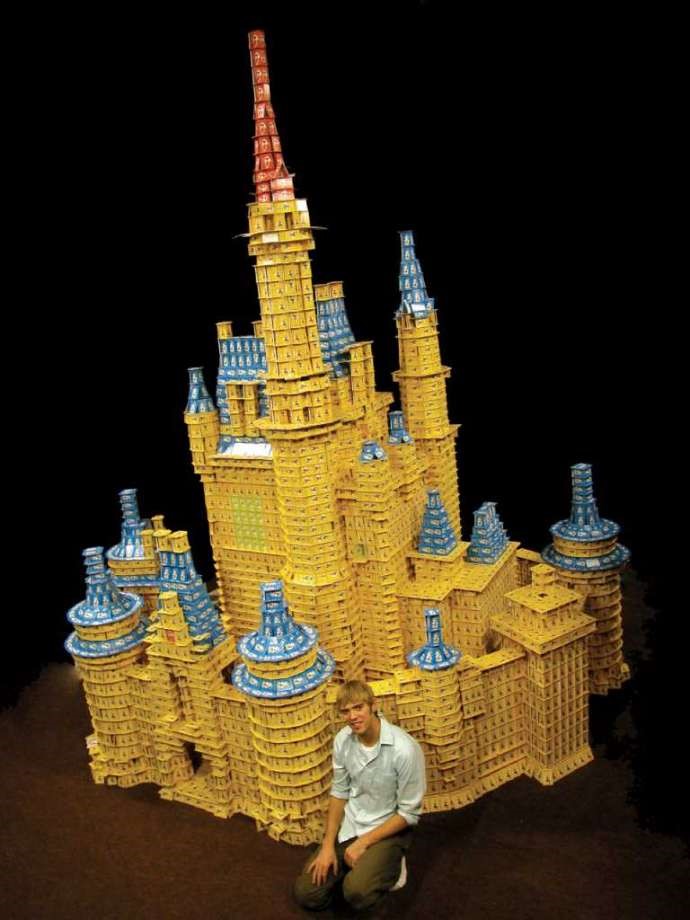 Inspired by his grandfather at just eight years old, artist Bryan Berg has held the Guinness World Record for the Tallest House of Freestanding Playing Cards since 1992. Berg bases his freestanding card structures on a grid-like arrangement, for which he uses “no tape, no, glue, no folding, and no tricks”. He is the only known person who makes a living by building paying card sculptures – “I never knew a career in card stacking was something that could exist”. I imagine he’s banned from almost every casino around the world…

In 2004, Berg produced a 15-foot replica of Disney World’s iconic Cinderella castle. Taking a total of 30 days to construct, Berg used 3,000 card decks to build the fairy-tale masterpiece and managed to set the record for World’s Largest House of Freestanding Playing Cards. 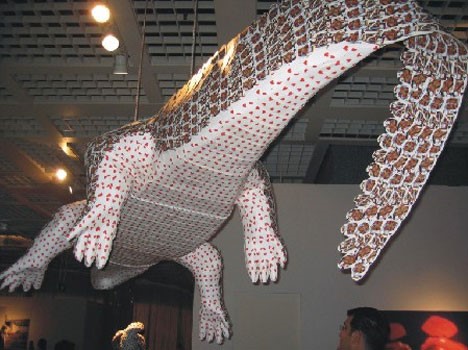 Located in Shanghai, China, it’s difficult to determine whether the cards have been glued together or not. Although this isn’t technically card stacking, the folding technique used to create the fingers and spines along the creature’s back is undeniably impressive. Sadly the card enthusiast behind this creation is unknown. 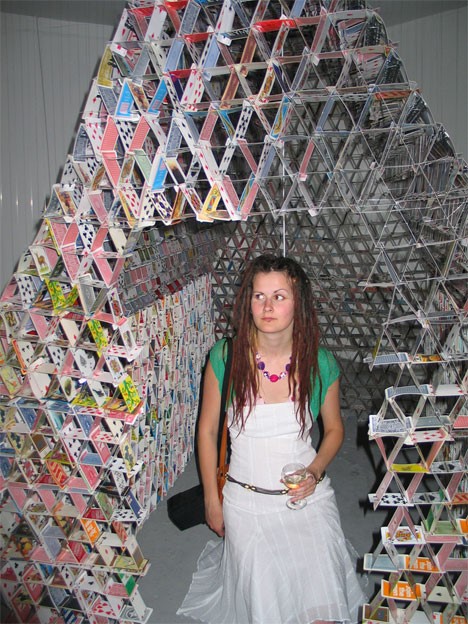 Unfortunately the master stacker behind this phenomenal tower is also unknown. Created at the 2006 Leeds Metropolitan University Fine Art Degree Show, the photo above shows how some of the cards appear to be floating and almost as if it’ll collapse any second. 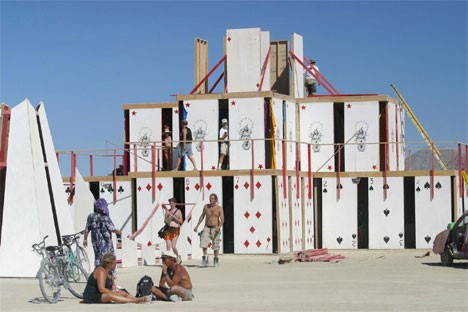 Considering the popularity of the Burning Man music festival at Black Rock Desert in Nevada, it’s unsurprising a devotee decided to construct a literal house of cards. Created by architect Lewis Zaumeyer, the card structure was labelled the ‘Temple of Chance’ and was naturally burned at festival’s climax in 2003. 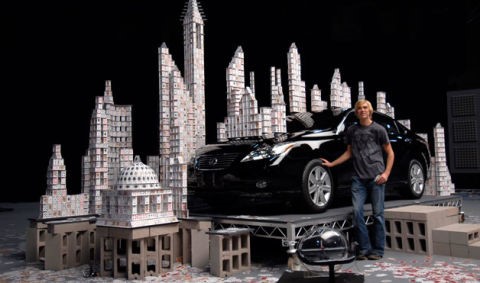 Also produced by Bryan Berg, car manufacturers Lexus commissioned Berg in 2009 to build a city to frame a running Lexus ES to highlight the smoothness of the new model’s engine. Sections of the city were also placed on the car itself for further emphasis. Overall, the project took three weeks to complete and involved 64,800 cards.

Want to become a master card stacker yourself? Use the following tips to optimise your technique:

Although purchasing a fresh set of expensive cards might seem logical or strength and durability, it’ll actually make the construction process for difficult. The glossy surface on newer cards makes the cards extremely slippery; making them virtually impossible to stack. Try to locate an older set of inexpensive cards to make thing easier, especially if you’re a beginner.

Similarly to the cards you use, the surface is also important. Pick a sturdy, safe surface that doesn’t run the risk of shifting whilst you’re stacking cards. A slightly textured surface, for example an unfinished wooden table or a billiards table is ideal.

Remember – avoid glass surfaces completely, as they will simply make your cards slip. You could try adding a table cloth over a smooth surface, but this unfixed foundation could also make your design shift unexpectedly. 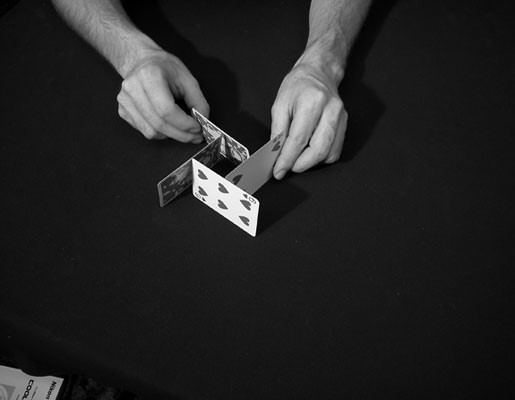 The typical structure for a card tower is formed out of placing two cards against each other in a triangular position. Although this is a tried and tested method, it might cause problems when creating more complicated designs.

Bryan Berg uses an entirely different method which involves “four-card cells”; these four-sided cells are the foundation of all his creations. It has been tested in a structural engineering lab and can support 660 pounds per square foot, this will allow your towers to reach incredible heights.

Realistically, card stacking isn’t a skill that can be learnt overnight. Experts like Bryan Berg have spent years perfecting their technique, so maintaining calm attitude is vital, regardless of how many times the cards fall. If you keep trying, patience will prevail.