The Queen Anne Stakes brings the curtain up on Royal Ascot 2018 with the popular Group One, one-mile race run on Tuesday 19th June. With £685,000 in prize money on the line, this year’s renewal has attracted the great and good of racing and traders seem at a loss to nail down a convincing favourite in the ante-post list. 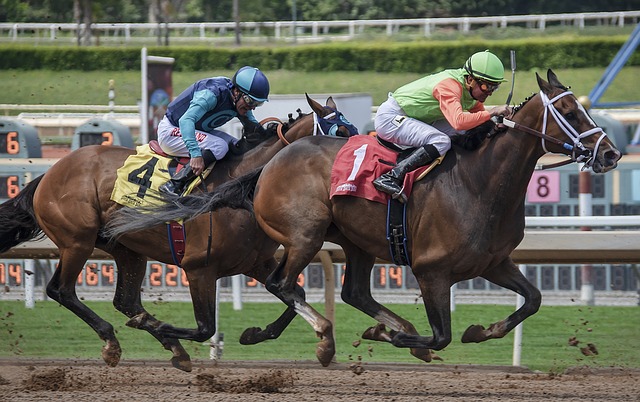 Rhododendron is given the nod, with bet365 odds compilers attaching a 3/1 price tag in the early horse racing betting. The four-year-old filly brings a record of four wins and four places to the Berkshire course, with that CV including success in the Lockinge Stakes at Newbury last month.

The race stats suggest it would be wise to take a chance on a couple at a bigger price, however, with history proving it shrewd to keep owners Godolphin and trainer Saeed bin Suroor close when setting out your plan of attack.

Godolphin rates as the Queen Anne Stakes’ leading owner with eight wins. The Maktoum family broke their deadlock back in 1996 with Charnwood Forest landing the first of four-in-a-row. Allied Forces (1997), Intikhab (1998) and Cape Cross (1999) paved the way for greatness but Godolphin had to wait another four years before they were back in the winner’s enclosure with Dubai Destination.

Ribchester took their tally to eight when claiming the £388,464 prize 12 months ago in a race won ahead of Mutakayyef and Deauville in a competitive finish. The four-year-old colt went to post an 11/10 jolly that afternoon and delivered the goods for favourite-backers. Those who kept faith encountered little drama along the way, Ribchester hitting the front two furlongs from the post and he stuck to his task to open-up a 1 ¼ length lead.

Will Godolphin double-up and continue their dominance of this race? They’ll be aided by leading trainer Saeed bin Suroor who travels to Royal Ascot responsible for seven winners to date. Starting with Charnwood Forest, he had each of the next three on his books but hasn’t featured since Ramonti did the business over a decade ago.

Class horse – great to see Thunder Snow get back to winning ways at @DRC_Meydan 👍 pic.twitter.com/bmhhRElLbE

Lovers of the trends will notice two runners unite both Godolphin and Suroor – Benbatl and Thunder Snow. The former has been quoted at 5/1 in the race winner market with Thunder Snow currently doing the rounds at double-figure odds in places, ensuring he’ll be popular with casual backers looking to hit bookies where it hurts.

Benbatl may be tighter but his form means the four-year-old colt makes more appeal with a record of two wins, one second and a bronze medal from seven starts. The striking bay colt won on debut at Doncaster in a 7f maiden stakes last spring and caught the bug.

Went on to claim the group three Hampton Court Stakes at Ascot across 1m 1f, again over that distance in Meydan and was most recently spotted serving up a career-best performance to bank the group one Dubai Turf in March of this year. A confident sort with the full backing of the trends in this race and a punter-friendly price attached, Benbatl will be difficult to ignore.