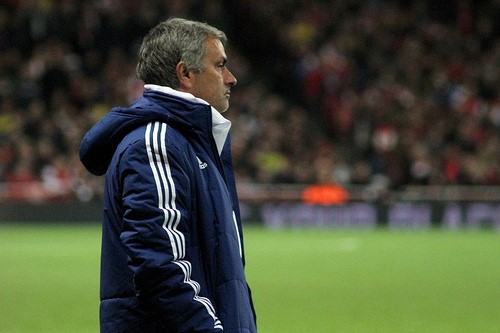 Jose Mourinho was supposed to come in and reverse Manchester United’s fortunes, but he has had the worst start of the three managers that have taken the reins since Sir Alex Ferguson’s departure. The Red Devils started the season as one of the favourites for the Premier League title, but can now be backed at odds as long as 50/1 to claim the prize. Is there any way for the former Chelsea boss to turn things around and spring a surprise onslaught on the top four?

After thirteen games United are eleven points astray of league leaders Chelsea. To put that into perspective, this gulf in points is the same as the gap between basement-dwellers Sunderland and Everton in seventh. Mourinho’s side have only lost three games, but their failure to win matches in which they have dominated has been a major problem. They were heavily tipped by oddschecker to beat West Ham last Saturday, but had to settle for a 1-1 draw. With only a third of the season played, though, it is far too early to dismiss the side with more Premier League titles than any other team, and the manager who has won the division three times.

It has been done before

This isn’t the first time that United have had to stage a comeback from a huge points deficit. In the 1996-1997 season Kevin Keegan’s Newcastle United were 12-points ahead of Ferguson’s men at the summit at the turn of the year, but United battled to end the season 7 points clear at the top. Many pundits and bookmakers had written the Red Devils off early that season as well, but they proved their resilience and desire to overcome the odds.

The next season the defending champions were first with an 11 point lead on Arsenal, but in Arsene Wenger’s first full season in charge the Frenchman managed to pull off an astonishing surge for the title. The Gunners ended the campaign on 78 points, with United in second on 77.

In 2002-03, United suffered a rocky start to the campaign, similar to the one they are having now. After thirteen games they were on 22 points, having suffered defeats to Bolton Wanderers, Leeds United, and Manchester City. From December 28 until the end of the season the Manchester club turned things around dramatically and remained unbeaten for the remainder of the campaign (see video above). Arsenal, who had previously been leading United by 8 points, ended the season 5 points shy of the Red Devils on 78 points.

These cases prove that it is a long old season, and anything could happen between now and the end of May.

Although the history shows that it is possible for teams who were previously cast off as down-and-outs to pull incredible wins out of the bag, the league is intensely competitive this season. Even before considering the huge points deficit, United are up against amazingly strong-looking Arsenal, Liverpool, Manchester City, and Chelsea sides. For Mourinho to have any hope of catching these teams he needs them to slip up and drop points. This means it is imperative that the former Real Madrid man masterminds victories over these rivals.

United managed to beat City in the FA Cup, and pull off draws in the league against Liverpool and Arsenal. Arsenal in particular were lucky to get anything out of the game after having a solitary shot on target, but Mourinho needs to claim the 3 points in the next encounter. Tottenham Hotspur travel to Old Trafford in December and United host Liverpool in January. Wins in these two games would cut the deficit drastically and put the 13-time Premier League winners in a much stronger position.

They have the players

It would not be a miracle for United to storm up the table now, as they have the squad capable of challenging the best teams in the world. They possess more proven stars than any of the other top teams; players who have won countless league titles between them.

Zlatan Ibrahimovic scored 38 league goals last season (see above) for Paris Saint-Germain, and now has 7 league goals to his name in the English top flight. There is no doubt that the Premier League is a much more testing division than Ligue 1 but as the Swede finds his groove he looks set to bang in many more. At the time of writing the former PSG man has fired 46 attempts on goal, which is more than any other player including Sergio Aguero. With 50% of those efforts on target, the stats suggest that Zlatan, and United, have been desperately unfortunate not to have notched more goals.

Another star that was brought in over the summer was Henrikh Mkhitaryan. The Armenian racked up 11 goals and 15 assists for Borussia Dortmund last term, but has barely featured at Old Trafford this season. In the Europa League tie against Feyenoord, Mourinho decided to utilise Mkhitaryan and the winger seized the opportunity to put in an impressive display. This led many to wonder why he was omitted from the starting XI for the tie against West Ham a few days later. If Mourinho shows faith in the player in the league, the former Dortmund man could be the ideal provider for Ibrahimovic.

Of the teams battling for the title, Only Wenger can match Mourinho in terms of experience in the top division. The Special One has the know-how, the players, and history all counting in his favour. He just needs a bit of luck and to put together a decent run of wins. Who knows, by January things could be looking a lot rosier. At 50/1, a punt on the Red Devils could prove fruitful.